In honor of June being both Indigenous History Month and the beginning to Pride season, this webinar is aimed to commemorate both events, by celebrating the Two-Spirit identity. We will be featuring speakers who are Two-Spirited, to share experiences of intersectionality, and the impact that this identity factor has had on shaping their lives. As well, we will discuss some effective ways to become an ally toward the Two-Spirit community.

Since 2014, Sissy has been living and working as an Indigenous artist, performer, producer, community leader, and facilitator based out of Edmonton, Alberta. She operates her own Indigenous cultural education and performance business- Wase Saba Experiences and lives her passion of educating audiences from all around the world on Treaty 6 Indigenous history, issues, and culture. 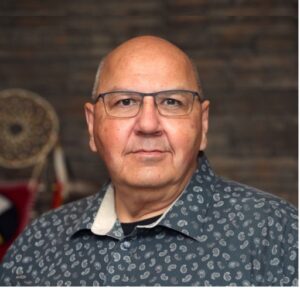 Albert McLeod is a Status Indian with ancestry from Nisichawayasihk Cree Nation and the Metis communities of Cross Lake and Norway House in northern Manitoba. He has over thirty years of experience as a human rights activist and was one of the founders of the 2-Spirited People of Manitoba.

Albert began his 2Spirit advocacy in Winnipeg in 1986 and became an HIV/AIDS activist in 1987. He was the director of the Manitoba Aboriginal AIDS Task Force from 1991 to 2001. In 2018, Albert received an Honorary Doctorate of Laws from the University of Winnipeg. He was also a member of the sub-working group that produced the MMIWG – 2SLGBTQQIA+ National Action Plan Report in 2020-2021.

"I really like the panels and the diversity of the panellists... great perspectives, experiences, knowledge and expertise. Also, nice to have some variety in public service experience and the examples and resources."

"I am from the GBA+ team at Women and Gender Equality Canada so I work with GBA+ every day...the conference was still able to expand my view of GBA+ and gave me tools that I can take back to my work. I really enjoyed the conference."

Today, January 4th, 2023, is the first Ribbon Skirt Day in Canada. In December, a bill put forth by Senator…

In recent years, diversity, equity, and inclusion (DEI) initiatives have become increasingly crucial in our society and workplaces. These efforts…

Transforming Your Workplace with Inclusive Leadership