As 2021 comes to a close, we reflect on the monumental shifts around the world in the diversity, equity, and inclusion (DEI) space. For many, 2021 was a year of distress and reflection – from the continuing Canadian residential school grave discoveries,  the ongoing COVID-19 crisis, to the outrage following George Floyd and Ahmaud Arbery’s murders that fuelled global commitments to fight bias, break down barriers to discrimination, and commit to becoming better allies.

As we reflect on the many achievements below made around the world in the DEI space, we also continue to recognize the opportunities for progress that still remain. 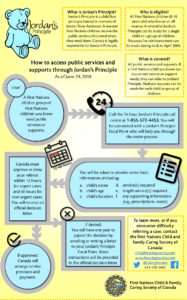 The CHRT released decisions awarding compensation to First Nations children and certain family members who: “were affected by discriminatory conduct within child and family services on reserve, such as First Nations children who were removed from their home on reserve” or “did not receive services or experienced unreasonable delays due to the previous narrow interpretation of Jordan’s Principle.”

Task Force on Women in the Economy

Equality-seeking organizations called for a feminist pandemic recovery in response to increased gender-based violence with the COVID-19 pandemic. In March, Canada launched a Task Force on Women and the Economy to help address the unique and disproportionate economic barriers women face.

A National Action Plan was released which identifies ways that all levels of government and communities can take to address the violence against Indigenous women, girls, and 2SLGBTQQIA+ peoples. 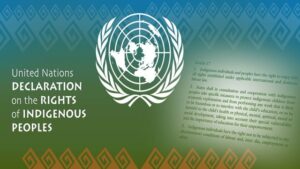 The United Nations Declaration on the Rights of Indigenous Peoples Act

On June 21, 2021, the United Nations Declaration on the Rights of Indigenous Peoples Act received Royal Assent and immediately came into force.

The act affirms the human rights of Indigenous Peoples and provides a roadmap to advance reconciliation.

The Federal Pay Equity Act (“the Act”) came into effect on August 31st to ensure equal pay for work of equal value. The law aims to promote gender equality, close the gender wage gap and contribute to greater equity and inclusion in Canada. This law also requires every federally regulated employer to create and report on a pay equity plan.

For the first time, September 30th, 2021, was a federal statutory holiday to recognize the National Day for Truth and Reconciliation. It was announced as an opportunity to recognize and reflect upon to take action on the legacy of residential schools and their harmful impacts on Indigenous Peoples.

The release of Marvel’s “Shang-Chi and the Legend of the Ten Rings” was the first big-budget American blockbuster to include an Asian superhero.

Gondek made history by being elected as the first woman (and woman of colour) mayor of Calgary.

With “Eternals”, Lauren Ridloff created history by becoming the first deaf actor ever to portray a superhero in a Marvel feature film.

Legislation that makes it illegal to provide, promote and profit off conversion therapy was officially approved in Canada. Conversion therapy is a cruel, dangerous, damaging and ineffective practice that targets LGBTQIA2S+ youth and seeks to change their sexual or gender identities.