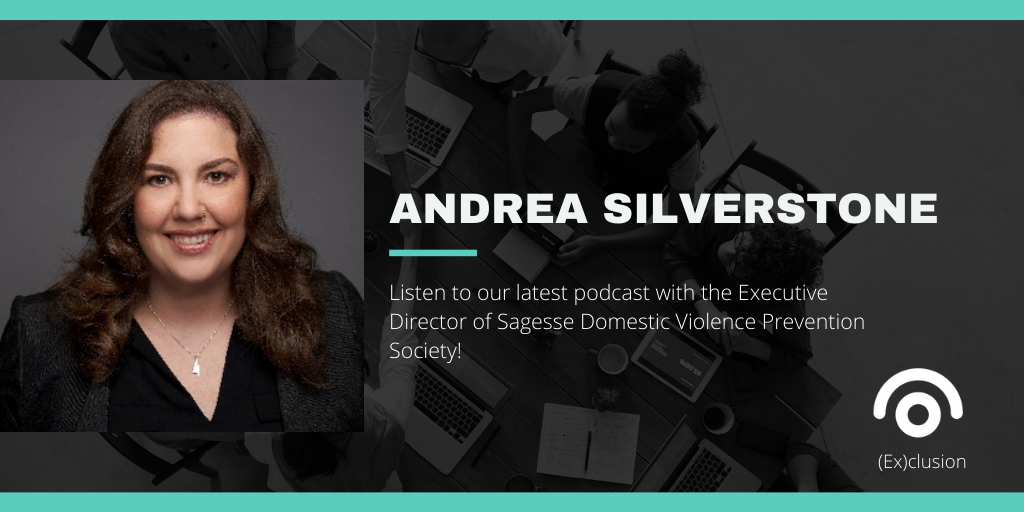 Andrea Silverstone is the Executive Director of Sagesse Domestic Violence Prevention Society, an organization committed to breaking the cycle of violence for individuals, organizations, and communities. She is a highly respected community partner and collaborative leader.

Andrea is a Registered Social Worker and Mediator with a background in Judaic/Talmudic Law, having attended Lindenbaum College in Jerusalem and York University in Toronto. Beginning her career in Calgary at the Awo Taan Native Women’s Shelter, Andrea later transitioned into her role as the Executive Director of Sagesse. Andrea’s achievements include the 2013 Association of Jewish Family and Child Agencies Goodman Award in recognition of her development and implementation of innovative programming that addresses bullying, violence, and domestic abuse in the Jewish community, the 2015 Alberta Inspiration Award for leadership in Family Violence Prevention and the 2015 RESOLVE Excellence in Community Service and Research Award in recognition of her distinguished contribution to creating homes and communities safe from interpersonal violence and abuse.

Andrea has implemented a collective impact initiative to address domestic and sexual violence province-wide, she has developed programming to address the systemic nature of domestic violence in under-studied communities such as women of affluence and strives daily to ensure individuals affected by abuse and gender inequality are made visible and know that they have an ally in her.

This episode is also available via podcast on iTunes, Google Play, Spotify and Buzzsprout. A video of this episode has been recorded and posted on the Exclusion YouTube channel.